A futuristic chaotic twin-stick shooter that sets hundreds of robots against a single powerful, unrelenting force: You.

Kineticism is a top-down twin-stick shooter set in the 27th century. You play as a black-hat hacker who receives a tip about a mega corporation security loop hole. In this futuristic cyber dystopia, surely it's not a trap... Right?

Spoiler, this is tagged "Action" for a reason! Lucky for you, you've got a cute little drone friend that shoots wherever you're looking at!

Your outfit isn't just for looks either. You're kitted with the latest and greatest cybernetic abilities. You've recently upgraded your armor to version 1.47. Code name Oppressive Pace (OP for short).

You can Dash away from enemies if needed, or Dash toward them taking advantage of the corrosive side effects your emission particles has on metal! You can also Crash which emits a powerful explosion, wiping out anyone around you.  When you're fully charged up, you can activate Overdrive which temporarily doubles your fire rate, movement speed, enables invulnerability and you get UNLIMITED Ability use!

But wait, there's more!  Your Abilities, Health and Drone can all be upgraded using spare mechanical parts. If only there were hundreds of robots waiting to be destroyed....

There are three waves in the three levels. You can upgrade in between each wave. By the end of the game, you're an unstoppable robot killing machine.

Michael Hadley -- Mike was nice enough to not only download hundreds of megabytes just to figure out an issue I was having and emailing me back, but doing so even on the weekend. Many thanks, Mike!

Thanks for downloading a desktop build! Make sure you plug in your dualshock 4 controller. X1 and X360 controller support will be coming soon! 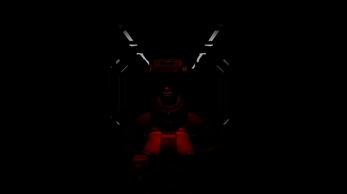 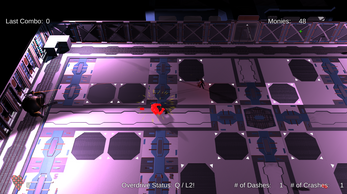 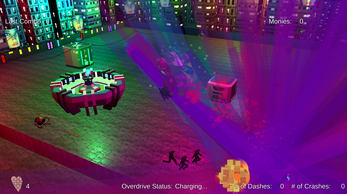 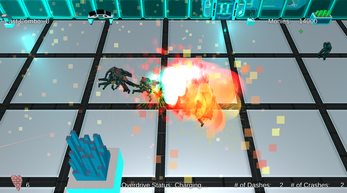 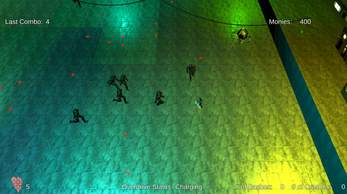 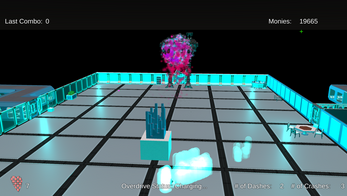 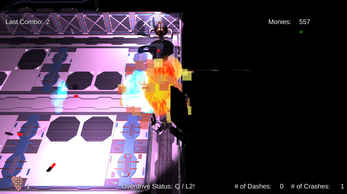 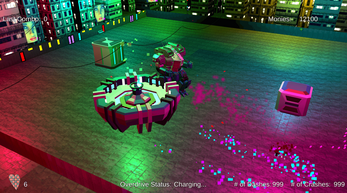